The Blog Ring of Power Presents...
An Interview with Author Sandra Saidak

Today author Sandra Saidak stopped by to talk about her latest novel, Shadow of the Horsemen, and to share some words of wisdom. Sandra writes pre-historic fiction, a genre that's always fascinated me. We had some debate among the BRoP members whether pre-historic fiction was speculative or historical. What are your thoughts?

This is part five of a five-part interview. Be sure to check out the other BRoP sites for the rest of the interview:
Part 1 @ Teresa's site - Thursday, August 30
Part 2 @ Emily's site - Friday, August 31
Part 3 @ Sandra's site - Monday, September 3
Part 4 @ Dean's site - Tuesday, September 4
BRoP: Tell us about your route to success –- how did you land your agent/publisher?
Sandra: With the help of a smart and visionary friend, I became my own publisher, after many years of rejection and frustration.  It’s a great partnership: I do the writing, he handles the business end.  However, I’ve learned that I have to learn the marketing side, and become my own promoter.  I’ve had agents in the past, but I’ve learned the hard way that signing with an agent is not a guarantee of success—or even a contract.

BRoP: What tools are must-haves for writers?
Sandra: Technical savvy—or good friends with technical savvy!  Access to the internet, then lots of time, patience and resourcefulness when it’s time to sort through all the opportunities and possibilities for getting your writing into the hands of the readers.  Most important of all, I’d say, is a supportive and honest group of writers to hang out with.

BRoP: Do you have any advice for other writers?
Sandra: The best advice I’ve gotten is to apply seat of pants to seat of chair.  Just sit down and write, and don’t let anyone or anything stop you—including yourself!  For speculative fiction, conventions are great places to go, to meet other writers, and to be surrounded by creative people.  Writers groups have been wonderful for me, but I know they’re not for everyone.  I would suggest to all writers to try a group at least once, and if it doesn’t work for you, that’s ok.  Writing is often a solitary art form, and many are happy to remain that way.

BRoP: Do you have anything specific that you want to say to your readers?
Sandra: Yes!  If you read my books, please let me know!  Whether you liked, loved or hated anything I’ve written, I want to know—and if possible, discuss it with you.  I’m not just trolling for reviews here (although if you’d like to post one on Amazon, don’t let me stop you.? )  It’s just that my favorite thing about reading—and watching movies, for that matter—has always been discussing the story with other people.  I went into writing believing that when I was published, I’d get something better than money: the thrill of seeing or hearing my work discussed by others.  I used to imagine what it would be like to get fan mail (I wrote plenty of it myself, so it was easy to imagine the other side).  I once walked up to Spider Robinson and told him his books had saved my life.  I always thought that if I could do the same for someone else, it would be the greatest feeling in the world.  (Until Harlan Elison spoke at a convention about getting a phone call from a grieving father who insisted his son had killed himself because of one of Harlan’s books; I’ll admit that shifted my universe for a moment.)  But I’d still like to know what people think of what I write.

BRoP: What are your current / future project(s)?
Sandra: Book 2 of the Kalie’s Journey series, Shadow of the Horsemen, was released on Kindle on July 1, and is hopefully out in paperback by the time of this interview.  I am currently working on three projects at once: a collection of short stories, which will contain a novelette set in Kalie’s universe, the sequel to Shadow of the Horsemen, and a shapeshifter novel set in Bronze Age Ireland.  This last one is currently titled Saltwater Kin, and deals with the seal-folk of Ireland and Scotland.  I have incorporated many selkie legends into the story.
BRoP: What format is your book available in (print, e-book, audio book, etc.)?
It's available in print

Website | Facebook | Goodreads | Amazon
SANDRA SAIDAK graduated San Francisco State University in 1985 with a B.A. in English.  She is a high school English teacher by day, author by night.  Her hobbies include reading, dancing, attending science fiction conventions, researching prehistory, and maintaining an active fantasy life (but she warns that this last one could lead to dangerous habits such as writing).  Sandra lives in San Jose with her husband Tom, daughters Heather and Melissa, and two cats.   Her first novel, “Daughter of the Goddess Lands”, an epic set in the late Neolithic Age, was published in November, 2011 by Uffington Horse Press. 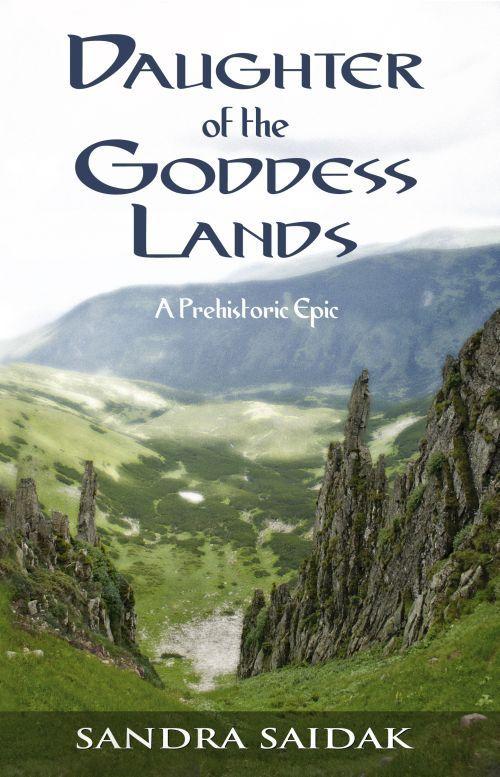 DAUGHTER OF THE GODDESS LANDS: Abducted by a tribe of violent horsemen, Kalie, daughter of a peaceful, goddess-worshiping society, escapes from slavery and returns home, only to find her trials are just beginning.  When her warnings of an upcoming invasion go unheeded, Kalie seeks sanctuary in a temple of healing.  Here, she learns to help others, yet is unable to heal her own pain or stop the nightmares.  When the horsemen return, it is up to Kalie to find a way to save her people from slavery and death, while at the same time, finding the courage to confront the ghosts of her own past. 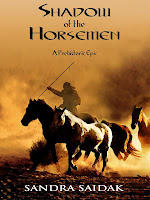 SHADOW OF THE HORSEMAN: Kalie is rising in status and influence among her captors, the horsemen that control the rugged steppes of prehistoric Europe.  Now she seeks the weapon that will save her people, but time is running out as Haraak the Kingmaker, forges a mighty federation of tribes, intent on invading Kalie’s rich and peaceful homeland. Kalie finds, an unlikely ally in Riyik, a powerful warrior whose crippled son Kalie has been treating with her healing skills.  Forced to work together, the two find themselves growing closer than either had intended.  But in the violent, chaotic world of the steppes, love can be a dangerous thing. As alliances shift and warriors battle for dominance, Kalie must use all her abilities see her enemies defeated and create a new life for all of those she has come to love.
актуальное об отдыхе
создание сайтов