The Blog Ring of Power Presents...
An Interview with Author Robert Gray

Today I'm happy to welcome middle-grade fantasy author Robert Gray on the Blog Ring of Power. I'm not a huge reader of middle-grade fiction, but his Evie Hallows series sounds Ah-Dor-Able! Today, Robert is here to tell us a bit about himself and his latest book, Evie Hallow and the Book of Shivers, the third book in his Evie Hallows series. Feel free to leave a comment or ask Robert a question below. When you're done here, pop on over to the other BRoP sites to read the rest of the interview.

BRoP: When and why did you begin writing?
Robert: I’ve always enjoyed writing.  What first attracted me to writing, before I could even read or spell, was the sound of typewriter keys.  It was like a siren's call to me.

BRoP: Tell us about your early works—what was the first thing you ever wrote?
Robert: The first thing I ever wrote was a short story about two friends visiting a haunted house on Halloween.  I think I was eight.  I wrote the story longhand and my Mom typed it up for me.  If I recall I got a gold star from my third grade teacher for that piece.

BRoP: What books have most influenced your life?
Robert: The first book I truly enjoyed reading was Stephen King's IT.  I tore through that one when I was eleven.  Clive Barker's BOOKS OF BLOOD was another early favorite.  So was SWAN SONG by Robert McCammon.  Those three books were rock n' roll when everything else I was forced to read was elevator music.  They gave me a completely different perspective on what literature could be.

BRoP: If you couldn’t be an author, what would your ideal career be?
Robert: Ninja, though I can't fight to save my life, and I can barely butter a piece of toast, let alone swing a sword.  I'd totally rock the tabi boots, though.

What format is your book(s) available in (print, e-book, audio book, etc.)?
Both, though the ebook is currently only available at Amazon.

Blog | Facebook | Goodreads | Twitter | Amazon Author Page
ROBERT GRAY is a writer.  If that job description doesn't impress you, how about fantasy writer?  Too general?  Well, he doesn't get insulted if you call him a horror writer.  If horror's not your thing, then scratch out horror and replace it with suspense.  And for the kiddies, you can slap on a YA or MG in front of that title.

Gray lives in Bushkill, Pennsylvania with his wife and two children. 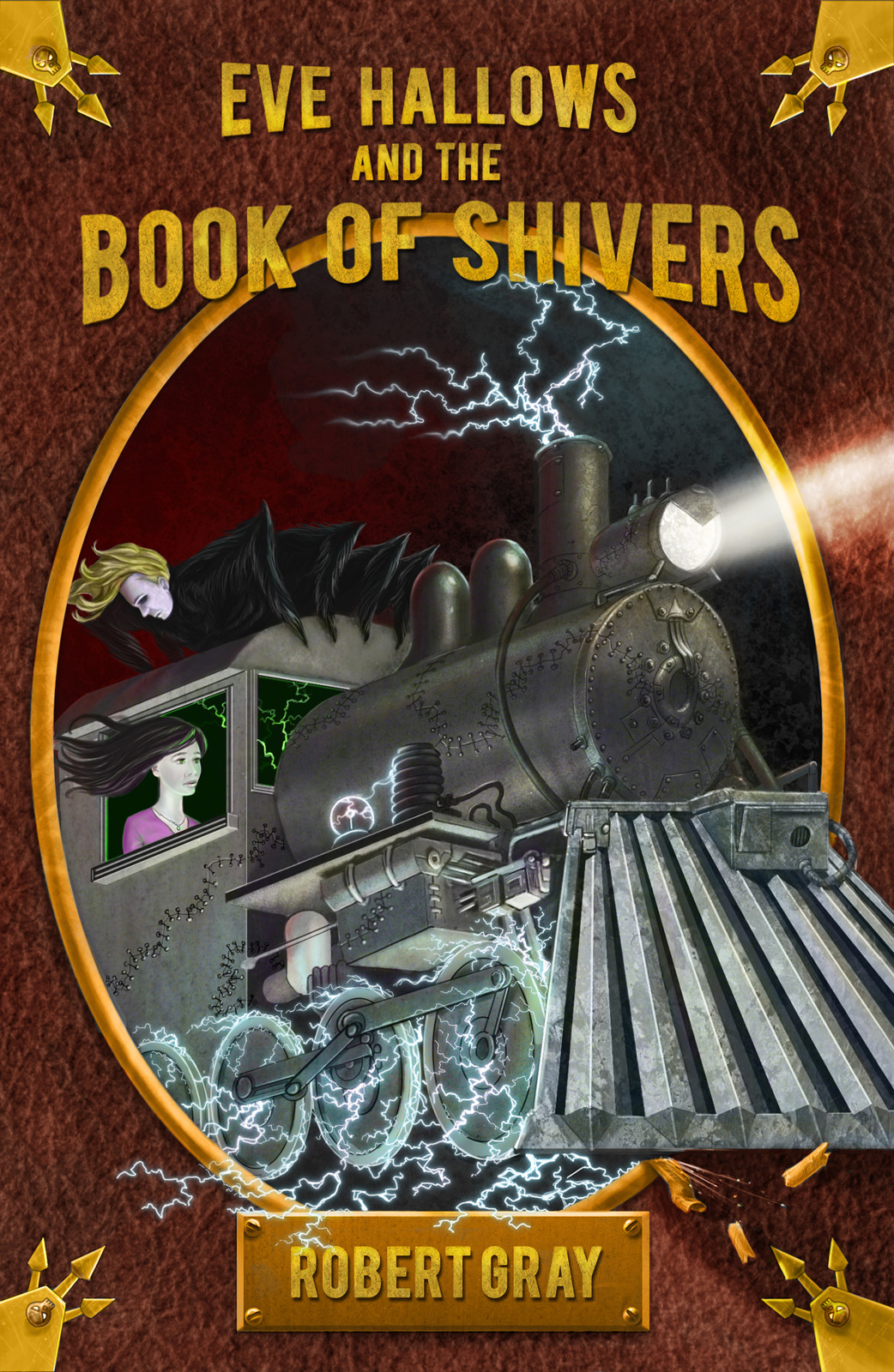 EVIE HALLOWS AND THE BOOK OF SHIVERS: So far, Eve's summer vacation has been uneventful, but when her grandparents—traveling all the way from the monster world known as Gravesville—appear at her doorstep, she learns that the URNS Director has gone missing. Worse, a new director, bent on destroying humans, has taken over URNS. Eve and her family are no longer safe in the human world, and as they race to escape this new threat, Eve stumbles into a trap, which forces her back to Gravesville along with her family and friends. But once there, everything goes adorably wrong, and her best chance to get out of this mess is to seek out The Book of Shivers and the elusive author Sedrick Creach—the only creature who knows the secrets of the Nightmare Books. Unfortunately for Eve, searching for Sedrick and the next book in the series will reveal uncomfortable details about her own murky past. Once again, Eve and her friends find themselves on an incredible adventure—one that involves underground battles with bloodthirsty creatures, a lightning-fueled train, and some unexpected new allies. Hilarious and bone-chilling, this third book continues the story of an unlikely hero trying to save not one, but two worlds … This time around, though, Eve's not sure she can even save herself.

GET IT NOW:
Goodreads | Amazon | Barnes and Noble