This and That Thursday - Alternate World/Universe 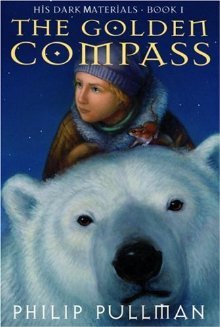 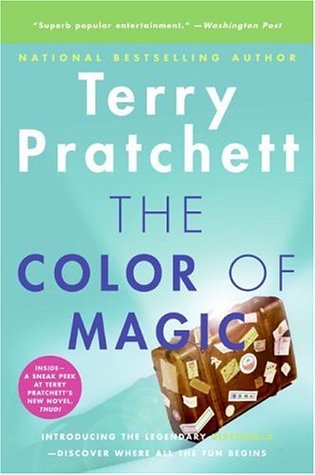 For this week’s This and That Thursday, I picked the His Dark Materials series by Phillip Pullman and the Discworld series by Terry Pratchett. Both of these series are set in “our world but not our world.” Discworld is a sort of mixed up fantasy version of England throughout the ages, while His Dark Materials takes place in both our world and in a similar-but-different version of our world from a parallel universe.

What I find interesting about these two series is that they are almost completely opposite in their approach to creating “our world but not our world.” In fact, they are almost reverse images of each other: what is familiar in Discworld is foreign in His Dark Materials and vice versa. Pratchett completely makes up the physical landscape of Discworld, using no familiar landmarks; Ankh-Morpork is not London. Pullman, on the other hand, uses the topography of London, right down to the Thames and Oxford University. On the other hand, the people and cultures of Discworld, though fantastic in nature (wizards, fairies, golems, imps, etc.), are all stand-ins for easily recognizable archetypes in our own world—we know these people. The newspaper reporters may be vampires and Igors, the elderly academics may be wizards, the police department’s lead detective may be a werewolf, but we still recognize the archetypes they portray (and parody)—the busy-body reporter, the bureaucrat, the politician, the wide-eyed optimist, the good but deadly-dull hero—while the people and cultures of His Dark Materials are foreign and strange (warrior polar bears, external and visible souls in the shape of animals called daemons, and a mystical race of immortals called “witches” that are really nothing like our idea of witches at all). Each series works well in its approach, but when holding the two approaches side by side, the effect is jarring. I think what’s particularly interesting is that each author chose to borrow one thing wholesale from our world—either people/culture or setting—and then invent the rest. For Pratchett, this grounding is necessary as he is purposely trying to parody and spoof our world, to poke fun at our foibles. Pullman’s motives for using our world as the basis for his, is less clear. He has repeatedly denied that his book is meant to be read as treatise against organized religion (Catholicism specifically), but it’s hard not to read the story that way, especially when he chose to set it in our world. Had he chosen a completely fantastical/made-up world, the parallels to the Catholic church might have been harder to see.

And that’s my This and That for this week. How about you—what are a couple of books that exemplify very similar or very different approaches to alternate world/alternate universe storytelling? If you’d like to participate in This and That Thursday, just leave a link to your This and That post in the linky below, leave a comment on my post, and please link back to this post in the post on your site. If you don't have a blog, simply leave your thoughts in the comments below!

TERRI BRUCE writes science fiction and fantasy stories with a literary bent from a haunted house in New England where she lives with her husband and three cats. Look for her contemporary fantasy Hereafter (Afterlife #1) coming January 20, 2014.